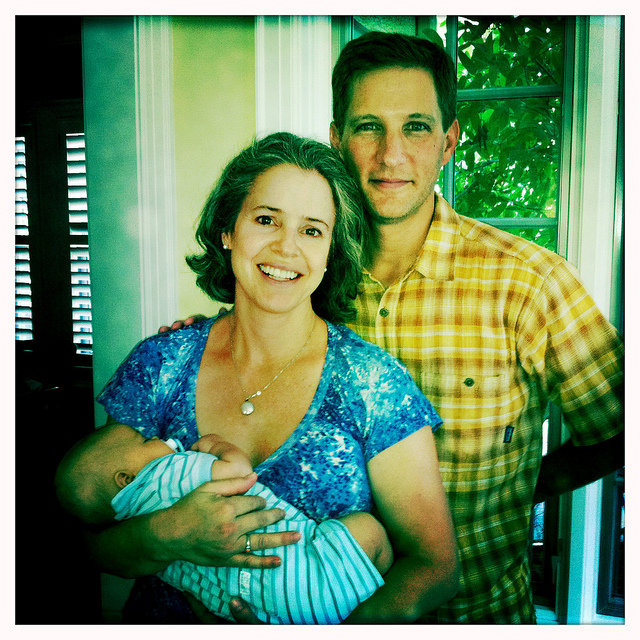 “Any weapons or alcohol?” asked the U.S. Customs agent.  When I said no he just waved me through.  It took no longer than five seconds.  A single male arrives from Colombia after spending a full year traveling around the world, and that’s the extent of the Customs inspection?  The agent didn’t even make eye contact.  I felt strangely disappointed.

Two things struck me about the people in the Atlanta airport:  women were wearing a ridiculous amount of makeup, and everyone looked as if they’d been supersized.  The familiar-yet-odd crowds of Americans made me laugh as I walked through the terminal to my connecting flight.

My sister Kathleen, her husband Antony, and their daughter Susan met me at the Denver airport.  They’d been nice enough to let me leave my car in their garage – a huge help – so the overseas part of my trip had started, and was now ending, at their house.  We had a great time catching up, and Susan very kindly took it easy on me when we played Mario Party on her Wii.


Being back in the U.S. didn’t mean I was ready to stop traveling.  My plan was to return to the Bay Area the long way – from Denver to Kansas City, north to Minnesota, east to Maine, south to Florida, and only then head west to San Francisco.  It’s a goal of mine to visit all 58 National Parks in the U.S., and a loop around the eastern part of the country would let me check 12 more off my list.  Along the way I also wanted to drive through the five U.S. states I hadn’t yet visited – Wisconsin, Vermont, New Hampshire, Maine, and Delaware.

It didn’t feel nearly as strange as I expected to drive a car again for the first time in a year.  Before I knew it I was in Kansas City saying hello to my parents, my sister Ann, her husband Dan, and their daughters Elizabeth and Kate.  We had a belated birthday celebration for my dad, ate lunch at Winstead’s, and had dinner at the restaurant where Elizabeth worked as a hostess.

While many people in Kansas City seem to have shifted their loyalty to one of the relative new BBQ places (like Oklahoma Joe’s), nostalgia has kept Gates at the top of my list.  David and Michael, two of my oldest and best friends, still have a soft spot for Gates as well and were willing to meet me there for lunch on Thursday.  Afterwards I had a chance to say hello to David and Michael’s families and meet David’s new son William.

It was really good to see everyone.  I wanted to stay longer, but I needed to move quickly in order to meet my buddy Phil and his son Sam in Maine, where his family has a summer house on an island near Acadia National Park.  So after only a few days in Kansas City I loaded up my car and hit the road again.

One thought on “Denver, Colorado and Prairie Village, Kansas”